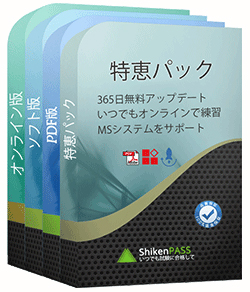 NO.1 Charles A. Lindbergh is remembered as the first person to make a nonstop solo flight across the
Atlantic,
in 1927. This feat, when Lindbergh was only twenty-five years old, assured him a lifetime of fame and
public attention. Charles Augustus Lindbergh was more interested in flying airplanes than he was in
studying. He dropped out of the University of Wisconsin after two years to earn a living performing
daredevil airplane stunts at country fairs. Two years later, he joined the United States Army so that
he
could go to the Army Air Service flight-training school. After completing his training, he was hired to
fly
mail between St. Louis and Chicago. Then came the historic flight across the Atlantic. In 1919, a New
York City hotel owner offered a prize of $25,000 to the first pilot to fly nonstop from New York to
Paris.
Nine St. Louis business leaders helped pay for the plane Lindbergh designed especially for the flight.
Lindbergh tested the plane by flying it from San Diego to New York, with an overnight stop in St.
Louis.
The flight took only 20 hours and 21 minutes, a transcontinental record. Nine days later, on May
20,1927,
Lindbergh took off from Long Island, New York, at 7:52 A. M. He landed at Paris on May 21 at 10:21 P.
M.
He had flown more than 3,600 miles in less than thirty four hours. His flight made news around the
world.
He was given awards and parades everywhere he went. He was presented with the U. S.
Congressional
Medal of Honor and the first Distinguished Flying Cross. For a long time, Lindbergh toured the world
as a
U. S. goodwill ambassador. He met his future wife, Anne Morrow, in Mexico, where her father was
the
United States ambassador. During the 1930s, Charles and Anne Lindbergh worked for various airline
companies, charting new commercial air routes. In 1931, for a major airline, they charted a new route
from
the east coast of the United States to the Orient. The shortest, most efficient route was a great curve
across Canada, over Alaska, and down to China and Japan. Most pilots familiar with the Arctic did not
believe that such a route was possible. The Lindberghs took on the task of proving that it was. They
arranged for fuel and supplies to be set out along the route. On July 29, they took off from Long
Island in a
specially equipped small seaplane. They flew by day and each night landed on a lake or a river and
camped. Near Nome, Alaska, they had their first serious emergency. Out of daylight and nearly out of
fuel,
they were forced down in a small ocean inlet. In the next morning's light, they discovered they had
landed
on barely three feet of water. On September 19, after two more emergency landings and numerous
close
calls, they landed in China with the maps for a safe airline passenger route. Even while actively
engaged
as a pioneering flier, Lindbergh was also working as an engineer.
In 1935, he and Dr. Alexis Carrel were given a patent for an artificial heart. During
World War I in the 1940s, Lindbergh served as a civilian technical advisor in aviation.
Although he was a civilian, he flew over fifty combat missions in the Pacific. In the 1950s, Lindbergh
helped design the famous 747 jet airliner. In the late 1960s, he spoke widely on conservation issues.
He
died August 1974, having lived through aviation history from the time of the first powered flight to
the first
steps on the moon and having influenced a big part of that history himself.
What did Lindbergh do before he crossed the Atlantic?
A. He married Anne Morrow.
B. He graduated from flight-training school.
C. He charted a route to China.
D. He was responsible for the fuel supply for planes.
E. He acted as a technical advisor during World War II.
Answer: B

GRE-Verbal 合格記
Explanation:
This is a "defining characteristic" analogy. An INTERLOPER seeks to MEDDLE (interfere) in the affairs
of
another. An advocate(ally) will espouse(support or defend) a particular viewpoint or cause. In both
cases,
the second word describes the inherent objective of the first.

NO.3 Every year since 1986, some of the world's most daring runners have gathered in the desert of
Morocco.
They are there to take part in one of the most difficult races in the world. The Marathon of the Sands,
as it
is called, covers over 125 miles of desert and mountain wilderness. The runners complete the course
in
fewer than seven days, and they run with their food, clothing, and sleeping bags on their backs. The
Marathon of the Sands was founded in 1986 by Patrick Bauer. His idea was to give the runners, who
come from all over the world, a special kind of adventure. Most of the runners in this race have found
that
they form deep friendships with the other runners during their days and nights in the desert. Facing
terrible heat and complete exhaustion, they learn much about themselves and each other. For most
of the
runners, though, the challenge of the race is the main reason for coming. On the first day, for
example,
they run fifteen miles across a desert of sand, rocks, and thorny bushes. Few runners finish the day
without blistered and raw feet. They also suffer from a lack of water. (They are allowed less than nine
quarts of water during each day of the race.) Most of all, they are exhausted when they arrive at the
campsite for the night. The second day, the runners are up at 6:00 A. M. Within a few hours, it is 100
degrees F, but the runners do not hesitate. They must cover eighteen miles that day. That night, they
rest.
They must be ready for the next day's run. On the third day, the runners must climb giant sand
dunes- the
first they have faced. Dust and sand mix with the runners' sweat. Soon their faces are caked with
mud.
After fifteen miles of these conditions, the runners finally reach their next camp. The race continues
like
this for four more days. The fourth and fifth days are the worst. On the fourth day, the runners pass
through a level stretch and a beautiful, tree-filled oasis, but then, on this and on the next day, they
cross
more than twenty-one miles of rocks and sand dunes. The temperature soars to 125 degrees F, and
many
runners cannot make it. Helicopters rush fallen runners to medical help. Runners who make it to the
end
of the fifth day know that the worst is over. On the sixth day, heat and rocks punish the racers
terribly. In
the Valley of Dra, the wind picks up and, as the desert heat is thrust against them with great force,
they
grow more and more exhausted. The seventh day is the last, with only twelve miles to be covered.
The
dusty, tired, blistered runners set out at daybreak. Near the finish line, children race along with the
runners, for everybody has caught the excitement. The ones who have run the whole marathon know
they
have accomplished what most people could not even dream of. "During the hard moments," says on
e
contestant who has raced here twice, "I'd think, 'Why am I here?' Then I'd realize I was there to find
my
limits."
What is the main idea of this passage?
A. The runners run at their own pace.
B. The race causes the strong to stumble and the weak to not finish.
C. The seventh day is the hardest day of the race.
D. Every runner runs the race to find their human limits.
E. The Marathon of the Sands race tests the limits of human endurance.
Answer: E

NO.4 The sixteenth century was an age of great ___exploration.
A. mental
B. cosmic
C. none of the above
D. land
E. common man
Answer: D